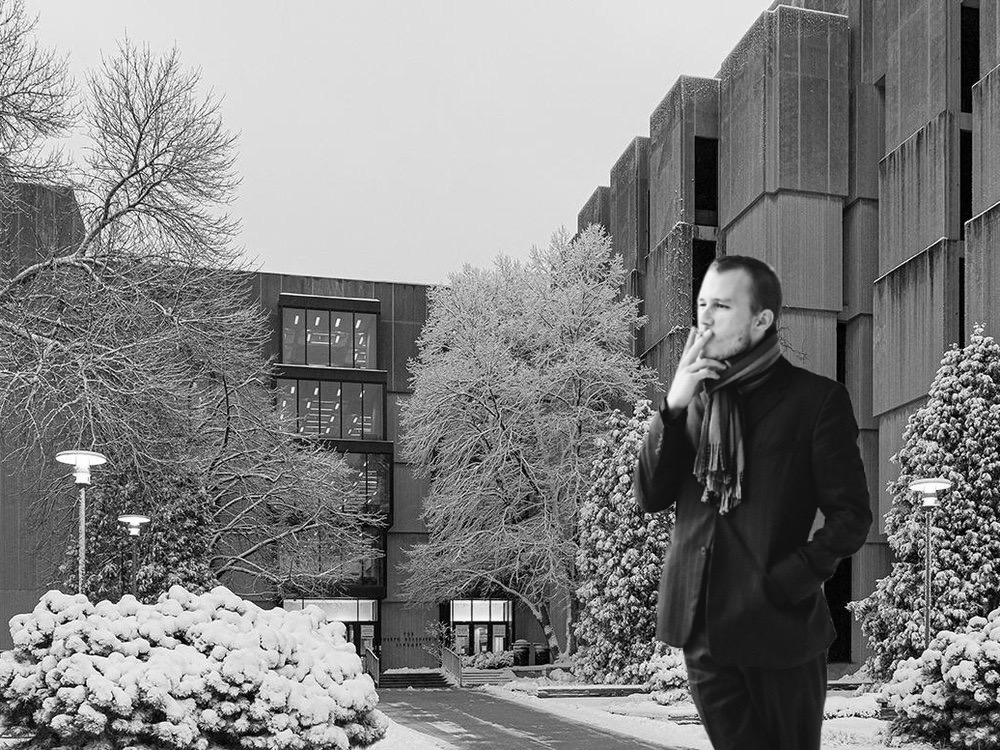 Third-year classics, history, and CMST triple-major Alan Bloomsbury leans against the Reg’s limestone facade, looking effortlessly cool through a cloud of cigarette smoke. He’s agreed to put a brief pause in his literary machinations to speak to the Dealer, since, in his words, “this interview will be important in five years. I’ll be published then.” Alan, like many of his peers, is on a journey to write the Next Great American Novel. But unlike his peers, he asserts, he knows just how to do it.

“They’re too caught up in the themes,” says Bloomsbury, stubbing out his cigarette against the handrail. He reaches into his tweed vest for another. He struggles to light it for about 45 seconds, turning away to avoid an alleged “faint breeze.” Once the second cigarette is successfully lit, he pockets the pack. “I look broodingly over the shining egg of Mansueto sitting like a hen on the horizon,” he tells me. After a few seconds, he offers a cigarette to me. I politely decline. I don’t want to go to my evening class smelling like a budding novelist or French international student. “The real secret is the vibes. Like Wittgenstein says, you know? What you write means what you make it–” he takes a long drag from his cigarette, coughs, and drops it on the ground– “so you just have to make it.” I nod, impressed by his knowledge of 20th-century analytic philosophy.

I ask him what his novel is about.. “It’s about American consumerism and the ephemerality of it all, ‘cause everything now’s so digital,’” he says eloquently. “There’s this beautiful woman. Unconventional, yet conventional. She moves all around in time, and her lovers can only remember her through film photographs.” He lights a third cigarette. “I got the idea standing right here one afternoon during finals, having a smoke, watching everyone go past. Nobody was living in the moment, you know? I felt so alienated.”

Bloomsbury shows me a Live Photo of the Reg steps. A couple of harried students dart through the frame, looking down at their phones. “Cool photo, right? Did numbers on Twitter.” (At the time of printing, the post had 4 retweets and an impressive 63 likes.) While I’m holding his phone he goes in to light a fourth cigarette. That one burns his fingers and he drops it and lights another. When asked how the novel is progressing, he heaves a sigh.

“This place is a real creativity drain, you know? Between my three majors I hardly have time for my novel. Just have to write when the muse comes to me. But I started about six months ago and I’m making good progress.” He opens the Notes app on his phone and scrolls through a couple paragraphs. “If you give me your Snap I’ll send you an early draft. Anyway, I’m gonna work on the 5th floor now. It’s always so… still up there, you know? Placid seas. Smoothest sailing. Hope that was enough for your article.”

More than five cigarettes, it seems. The investigation remains ongoing. 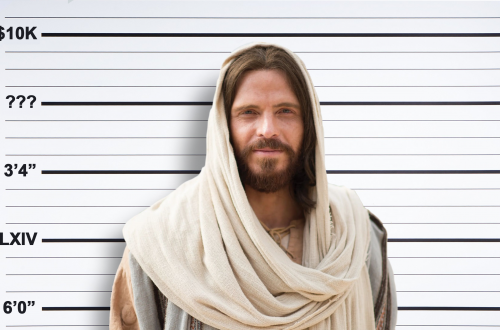 How Tall Was Jesus Christ? We Asked Every Academic Department 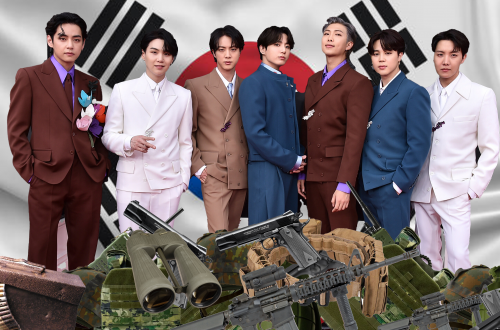