When I signed up for this poetry workshop, I had no idea that the people in it would be so horny — or so repressed. Somehow, every single poem submitted has been explicitly sexual, and all of them prove, absolutely and irrevocably, that the people who wrote them have never had sex. From lines like “my ithyphallic obelisk” to the anatomically inexplicable “my lips engulfed her hips and pushed through her waist”, these writers have proved that none of them have ever so much as grinded on someone at a finals week bar night. So without further ado, here are the top 3 poems from my poetry workshop that prove their writers are total fucking virgins:

We giggle in the kitchen, toss our heads and

roll around like the ripest fruits in a fruit salad.

over each other’s lemony bodies,

Suck the meat, so sweet, like banana. You scream,

piercing as the sound of grapes,

and it wakes my empty limes of silence.

Gently, the taste of clementines

on your papaya-sweet moans, flying into

The end of the pantry’s full,

What this poem has to do with millennials is beyond me. Though sticky fruit sex is indeed a popular millennial kink — trust me, I would know — the most popular sex fruits are not papayas or pomelos but rather peaches and grapefruits, as seen in this decade’s iconic masterpieces Call Me by Your Name (2017) and Girl’s Trip (2017). Also, tomatoes are not a fruit. To the guy who came up with this poem: not only are you a total virgin who has probably never even sucked a banana in public, you’re also an embarrassment to fruit lovers everywhere. Tomatoes are fucking vegetables. Everyone knows that. Someone fetch me a grapefruit spoon — there are too many eyeballs in my head.

2. “The Impossible Tiger: She”

I watch her bobbing, shiny rounds.

A pair of lusty diamonds.

She craves me. I’m family jewels deep inside her — her heart.

She is a construction worker. I am a soon-to-be-built obelisk.

But when demolition comes, she’ll see my wrecking balls.

No one who has seen breasts would ever refer to them as “lusty diamonds”. No one who has had sex would ever describe it with “I’m family jewels deep inside her”. And what the hell is that construction metaphor at the end of the poem? If you come up with a theme, stick to it! Also, come up with a better title. We see the initials. You’re not subtle.

in the soft shudder of moonlight

but not as hard as

Jesus Christ, Shane. This is why you can’t get a girlfriend. 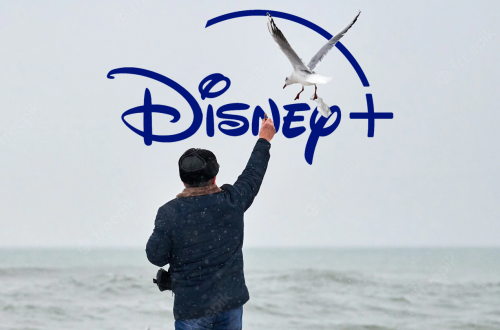 Coming to Disney+ in 2027: The Unbelievable True Story of the Man Who Trained Birds to Sell Opioids