Republicans’ efforts to replace the late Ruth Bader Ginsburg on the Supreme Court with Judge Amy Coney Barrett encountered an unexpected snag recently, as Judge Barrett announced her refusal to attend the confirmation hearings. Judge Barrett’s justification for her absence was even more unusual: she declared that the Senate did not have authority to examine her nomination without the ceremonial mace of President George Washington present in the room.

“The Senate is a sacred law-making body,” Judge Barrett noted, “and its traditions and principles are what give the laws of this country their legitimacy. Having the presidential mace of our first and perfect president, George Washington, declares to all that the Senate exercises the powers which the president grants it. Without the mace, why should anybody obey anything Congress says? I guess Democrats support lawless open border anarchism.”

Our intrepid reporters were somewhat taken aback at these expressions of unlimited presidential power, but we decided to ask her about her judicial rulings first. “Of course, I support overturning the Affordable Care Act,” Barrett replied. “In fact, I think we should go even further and abolish health care entirely. If you have a pre-existing condition, that just means you and your parents were irresponsible and failed to make good choices. Hard-working manor lords and feudal barons should not have to spend a single cent of their well-deserved money to bail lazy people out.” Before our reporters could ask what she meant by “feudal barons”, she continued, “Back at the founding of America – when everything was perfect and great – did people need health care, or did they suck it up and deal with life’s challenges? We need to return to what made our Founding Fathers great, like using leeches to treat disease and living without electricity or other luxuries that people get distracted by.”

We could not argue with such impeccable logic, but we were still somewhat perturbed by her implication that the Senate is not separate from the president. “How dare you question the authority of the president?” she asked. “You are no better than the lawless anarchist socialist communist godless Democrats who want to destroy America. The President is appointed by God to govern America, and if the Senate interferes with his having chosen me, God will strike them down with great vengeance and furious anger.” Lightning bolts crashed down from the sky as she made these remarks. Most of our reporters ran inside to avoid getting electrocuted, but a couple of our staff remained for one final question.

“Will you respect the will of the people in the election this November?” one of our journalists asked. “If the people do not re-elect Donald Trump, they are misguided,” she replied. “President Trump has been incredibly successful combatting the COVID-19 pandemic and bringing about racial equity in America, and above all he is a kind and empathetic man who wants what is best for white peopl…I mean, real Americans. So if the people make the wrong choice this November, I will make the right decision for them.”

President Trump and Senate Majority Leader McConnell provided a statement to The Shady Dealer, stating that their choice of Judge Barrett “reaffirms their commitment to the principles of American democracy and greatness.” 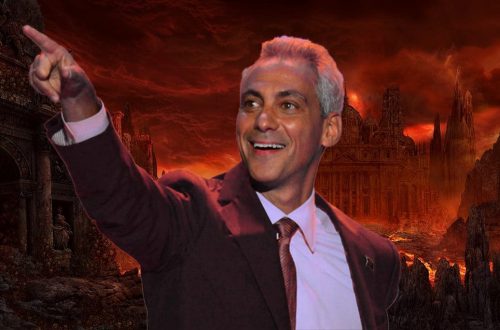 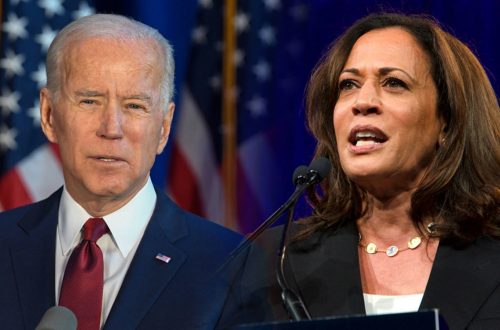