Dear Zorbak, whenever me and my boyfriend are about to phylopotasticize, I get anxious that I’m not doing enough with his slime. He sometimes asks me to put it in his spermatosac, but I’m not ready for that yet. Is there anything else I can do to rock his thoraxoid?

Thanks for inquiring, Kaphid. I get asked this a lot. Slime can be tricky: it’s a magnetic, semi-ferro, non-tralaxian fluid that, if handled right, can induce powerful gorpacic seizing in your mate. If you’re not willing to stick it in his spermatosac, that’s fine. There are a lot of other ways to deal with his slime!

One tried and true method is to lightly tingle his slime sphincters with your anterior mastireceptors. You’ll want to get just below the titoscillogoggle and start vibrating around 100 mHz as you make your way up to his jossiliphore. If you really wanna make him squelch, then stick out your exigua and cover him in milk! That’s sure to do the trick, and you don’t have to get anywhere near his spermatosac.

Something popular with the younger generation that’s really catching wave is “high density molecular edging.” This is a little more advanced, but you can work your way up to this. You’ll have get him to enter parastasis. Once he’s in that state and begins molting, you’ll want to fuck his uvulox until he begins dematerializing. When he’s just about to enter dimension X, pull out. He’ll begin rematerializing, so start fucking again. You’re gonna want to keep bringing him to the edge of dematerialization until he begs for you to let him go. Wow! 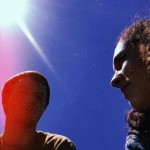