When Billy Bob Worthington got off the greyhound bus straight from his sleepy little town in Midtown Manhattan, he could hardly believe his eyes. “Awww shucks, the Big City at last!” He proclaimed loudly as he gazed upon the Chicago skyline, never before having seen such a vibrant and majestic metropolis. “Whoooweee, I gotta tell mama about this!” He yelled out of excitement, waving his stick-bag holding all of his belongings in a red napkin high above his head.

Billy Bob, born William Robert Worthington the 3rd to a powerful New York business magnate and his wife, was just a regular old country boy who was finally gonna chase his dream of being “a real book learnin’ fellow” at The University of Chicago, and planned to major in Economics so that he could go back and work in the family business of financial services and capital markets. On that first day in Chicago it seemed like all his dreams were going to come true and he was finally going to break free from his humdrum existence at one of New York City’s most prestigious and elite private schools, Horace Mann.

So Billy Bob, with a skip in his step and a tune in his head, moseyed on down to the nearest L station where, to his confusion, his MTA card was not accepted. “Guess I gotta use this here new-fangled Ventra card,” he said, after no Uber Black’s were to be found in his area. Then he boarded the next Red Line train going south to 95th and Dan Ryan, still determined to make a name for himself as a small fish in this much bigger pond. At first he couldn’t believe his eyes. “Gee golly gosh! If it isn’t the home of the world famous Chicago White Sox!” gasped Billy Bob, already forgetting about the ragtag baseball team back home, the New York Yankees. But as time passed, and he sat in his subway car whistling his favorite song, he found that life in the big city wasn’t all it was cracked up to be. “Would you cut out that racket!” yelled one frustrated subway-goer. “ Hey, you dropped your air-pods!” shrieked another. “Gee,” he thought to himself, “ guess people aren’t as friendly here as they are back home in New York.” He was already missing the quaint provincial life he had led in Manhattan.

When he arrived on campus he found himself overwhelmed by the cosmopolitan and worldly ways of his peers. “Who is this here Mr.Financialaid all these folks seem to know? How come he ain’t introduce himself yet?” worried Billy Bob, not looking to fall behind so soon. He walked around campus that night, feeling lonely and lost in the Big City, longing for the familiar faces and the dirt roads of Broadway and 5th avenue. But then Billy Bob heard a glorious sound! Could it be? A Banjo!? Yes it was! Billy Bob followed the sounds of Banjo music and Post Malone until he came upon a rickety old homestead with three words scrawled on the mailbox: “Psi U Fraternitee”. “God almighty, plain country folk at last!” cheered Billy as he darted through the door, happy to have finally found a home in this unforgiving city. 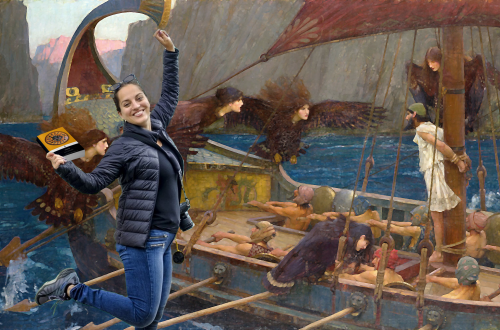